You might have heard of a program called ESSOR, and that Bittium is part of it, but some of you might not yet know what it is all about. The abbreviation ESSOR stands for European Secure SOftware defined Radio, which gives some clues to what it is about. But to understand how the program got started and how it is enhancing tactical communications in Europe, let's go back in time to the first decade of 2000s.

As part of the intensifying defense cooperation and more sovereign operational capability, a few leading European countries decided to start the development of a pan-European tactical level waveform. A new rising technical solution, Software Defined Radio (SDR), was a key factor in starting the development work. It enabled the use of a common software-based waveform while each country could still use their own radio equipment as a platform for the waveform. The goals were set: develop compatibility that can be achieved between different national radios over the air interface, and provide reliable data transfer capability.

A significant motivation for the program was to develop SDR technology knowhow in Europe to maintain a more balanced competitive relationship in the transatlantic cooperation. At the time, the USA was making significant investments to the Joint Tactical Radio System (JTRS) program, and it stirred both interest and concern in Europe. The concern was that the investments could lead to a situation where the only available waveforms for European countries would have been developed and managed by the United States.

An equally important motivator for the development work were the EU-, UN-, and NATO-led peacekeeping missions in different parts of Europe, specifically in former Yugoslavia, which were started during the previous decade. During the missions it was realized that the troops were lacking the means to lead the mobile troops and share situational awareness between the participating countries because of incompatibility between the radio systems. This negatively affected the planning and execution of the missions.

The second phase of the program, ESSOR Operational Capability 1 (ESSOR OC1), started in 2018 and the goal was to develop the operational capability of the waveform. The three most important features that develop the capabilities are radio silence, Push-To-Talk (PTT), and support for several networks utilizing the same frequencies (orthogonal networks).

The waveform integration to the national radios by Finland, France, Italy, and Poland is now going full speed ahead. After national testing, common interoperability testing will be carried out to verify that the waveform complies to the specifications and interoperability is achieved amongst the radios. This phase has been scheduled to be finalized by the end of the year 2021.

In March 2020, the consortium expanded as Germany joined the ESSOR program. By joining the program, Germany will be able to exploit the benefits of using ESSOR architecture, methodology, and the expertise coming from the ESSOR High Data Rate Waveform development. Also, the participation of Germany in ESSOR enables it to steer the future evolution of the program together with the other partners.

The new features developed in the OC1 phase were updated to the waveform definition and specification by the end of the year 2019, and the common reference waveform, Base Waveform, was finalized in the fall of 2020. Also, the ESSOR architecture documentation was made available (see tab Expert Area).

The integration of the waveform to the national radio platforms started simultaneously with the verification of the Base Waveform. The first national approval tests were finalized during the spring 2021, Finland being one of the first ones to do so. The Finnish national radio platform for the ESSOR waveform is the Bittium Tough SDR™ product family. The first outcomes included the consortium's first PTT call, which was made in the fall 2020 at Bittium's test environment in Kajaani, and the first field tests, which provided good performance results. For example, the PTT call enhances the usability significantly compared to the previously used VoIP call. 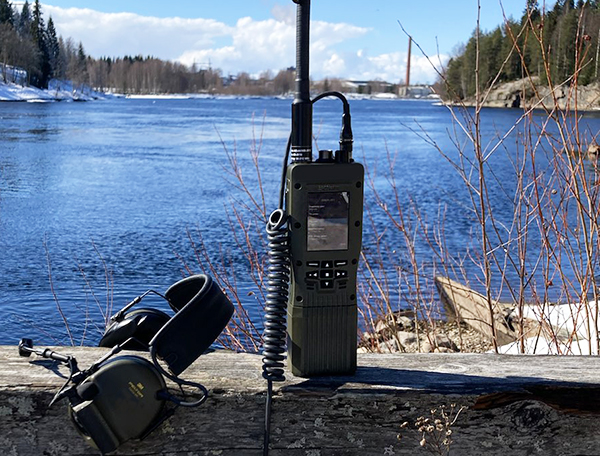 The first national approval tests were finalized during the spring 2021, Finland being one of the first ones to do so with the national  Bittium Tough SDR™ radio platform.

As a conclusion, the ESSOR program now includes six countries: Finland, France, Germany, Italy, Poland, and Spain, and the six industrial partners are Bittium (Finland), Indra (Spain), Leonardo (Italy), Radmor (Poland), Rohde & Schwarz (Germany), and Thales (France). It should be underlined, that despite of misleading marketing by some of the players in the tactical communications market, these abovementioned companies are the only ones who are able to provide ESSOR capable waveforms. Thanks to the valuable contribution of the parties, the ESSOR program is on a good track and European troops are closer to achieving interoperability in tactical communications. We look forward to sharing more exciting news on the advancements in the program.

Since joining Bittium in 2006 Sami Savolainen has worked with the development of Software Defined Radio (SDR) based tactical communications systems. His focus has been especially on waveform development and he was Bittium’s Technical Project Manager in the first phase of the ESSOR program. Currently he is the Product Manager for Bittium Tough SDR radios, including ESSOR and Bittium Narrowband waveforms. 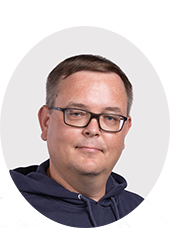