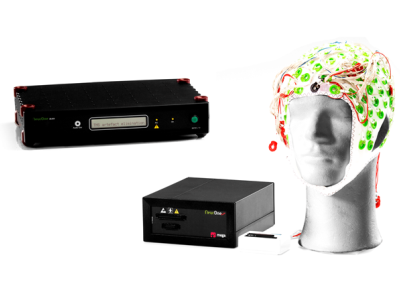 Up to 30 person group studies

Bittium NeurOne is a versatile system that can be used widely in different neuroscience and psychological applications. Bittium NeurOne™ Tesla is especially designed for use together with transcranial magnetic stimulators having extremely large dynamic range and special reduction technology to remove magnetic artifacts in short latencies. An advanced amplifier design enables using both AC and DC recording modes to be configured per the end-user's preference. The innovative Tesla MRI amplifier brings MRI compatibility to Bittium NeurOne.

EMG research with very high resolution and high amount of channels: The Bittium NeurOne system has up to 32 channels of dedicated bipolar channels for EMG use. The amount of usable channels can be increased even further by also utilizing the referential channels.

Group studies: Modularity of the system enables measuring up to 4 persons simultaneously on one system with fully synchronized video camera support. When used with our Brainstorm technology (Multi Syncbox) up to 10 Bittium NeurOne hardware systems can be synchronized together allowing 30 amplifiers to run with one clock – all recorded with one computer. 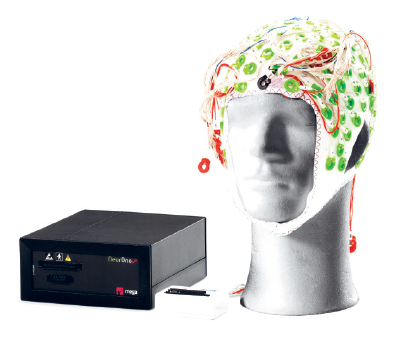 BCI2000 plug-in is available on request for Bittium NeurOne free of charge. SIMULINK driver is available as ordering option.

Video: The video package consists of a camera with HDMI output (+ Mic In for synchronization), USB3 capture box, MPEG-2 codec and a VideoSync unit that sends triggers to the NeurOne EEG stream every 10 seconds. The same trigger is fed to the audio track of the video to allow accurate synchronization throughout the recording.

Revealing the Secrets of the Brain

High speed sampling up to 80 000 Hz per channel

Bittium NeurOne system is a multifunctional tool for both neuroscience and psychological applications. Bittium NeurOne can also be customized by combining it with other devices/modules.